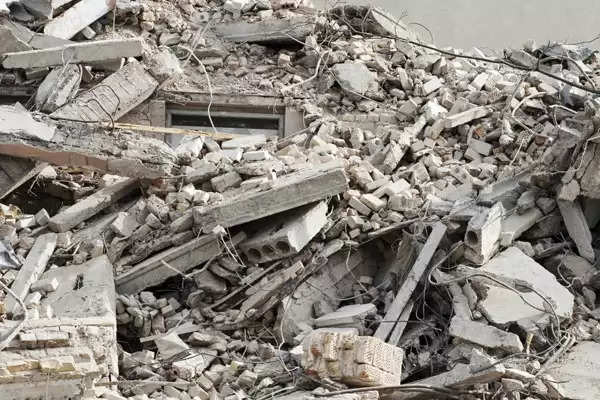 It proves that there had a lack of The Pollution Control Board and local bodies about the concrete information on the quantity of building waste generate in the city causing environment pollution.

It shows there is no proper mechanism to check the violations  where vendors turn in to generators of the waste either hand it over to contractors of neighbouring districts of Tamil nadu or use it as landfill to reclaim wetlands illegally or to restore quarries there.

Gaps framed in the scientific management of construction and demolition waste has come up when the Supreme Court interfere and directed the speedy demolition of four apartment complexes in Maradu on May 8 , 2019 . As well the similar situation emerged during the time of demolishing Palarivattom fly over too.

The Pollution Control Board had given direction to Kochi Corporation to install with a recycling plant for construction and demolition waste.  However , the proposal remains in paper as the civic body excused the lack of funds and land for set up the asked facility.

The board then forward a suggestion that turning debris in to usable sand and gravel. Such plants can use manual sensation for bigger plastic pieces as well as a magnetic separator to be used for metallic objects. Local bodies were also told to make a profit sharing agreement with private firms prepare to set up such plants soon.