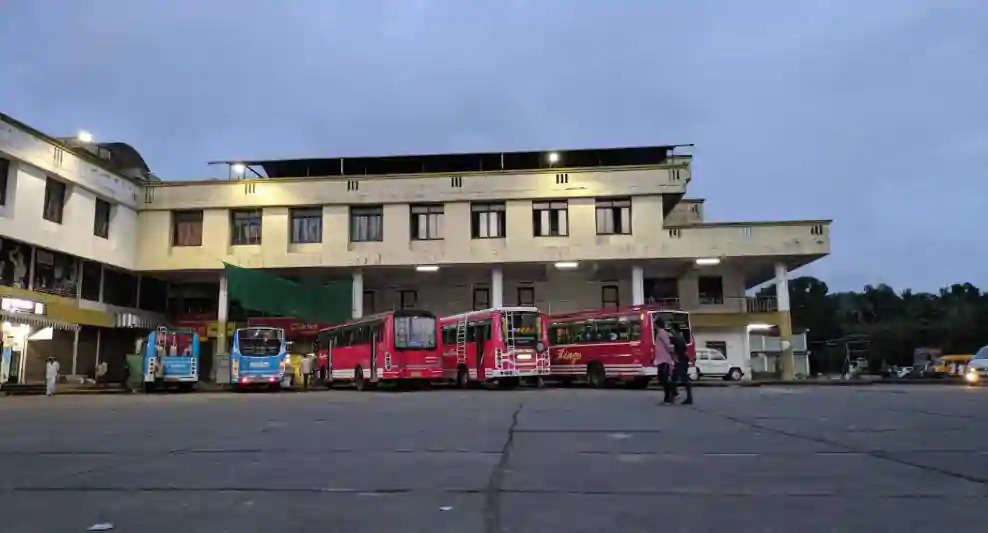 As we know that Manjeri  Town is the prime trade centre in Malppuram. In order to control  the heavy rush in town , the Manjeri bus terminal was established. Three and half acres of land was  given free  to Muncipality for  builting  this terminal.

In the previous days Terminal was operated in a temporary shed. In those days bus services in various parts of Calicut was operated through this terminal. Followed by this in 2012 the temporary shed was demolished and build the new bus terminal with shopping complex as we seen now.  The shopping complex has  been 80 rooms from top to bottom. And the bus terminal had 16 tracks for operating service . The inauguration  function of Bus Terminal and shopping complex was conducted by the former UDF Chief Minister  Oomen Chandy with enormous celebration.

After the gross inauguration function the situation went opposite. The main reason point out by shop owners of manjeri is that  the pressure inflicted  by the town merchants group changed the whole situation after the inaguration. Shop owners of Manjeri says that the town merchants of Manjeri influenced the traffic regulatory board awarding them money. The group  also interfere the endeavour of Kacheripadi development committees to start off the operation of IGBT Bus Terminal Manjeri.

They also added  that Neet pack along with Muncipality conducted a study about the stopping of Bus services in IGBT. But the study not reach the point because of the heavy pressure of town merchants. So the loss of stopping bus services in IGBT is very huge says shop owners in Manjeri.

Now the shop owners demanding  that the long term attempt of town merchants to stop the  operation of Bus Terminal  should be changed and the IGBT Bus Terminal must be re opened with full swing.