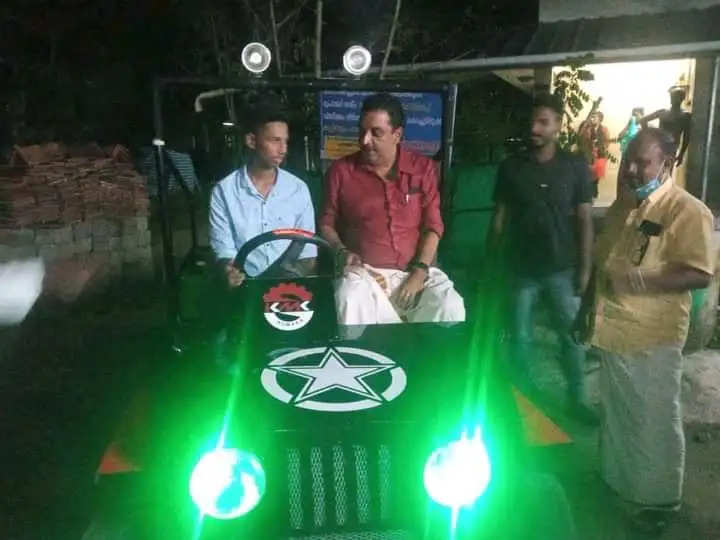 Many of them has been engaged in Covid time  for many purpose. Some of them used it for creative purpose and some of them remain lazy.  This time we are going to introduce before you a young guy who has been engaged in creative construction. His name is Muhammad Samim a native of Vadakum thala in Chavara constituency.  He is only 15 years old. His father is an autorickshaw drivers.

He has some amazing talent of making miniature models of automobiles. Now he  grown up to make prototypes of vehicles. Mini jeep made up by him becoming a wondorus trend among local people.

Before this he has been made a handsome amount of miniatures of KSRTC bus , lorry , Jeep and Autorickshaw is a common sight for those people who visits Samim house. Former Labour Minister Shibu baby John has been visited his house and blessed him to reach creative heights in coming days.

And he shared a photo with him and scribbled in face book that this guy deserves a closer  attention of every person who love creative construction most.  And he said he stuck with prototypes and miniatures Samim made. And he was waiting for the word of Samim how he made protypes and miniatures. People are lined up in his house to watch prototypes he made , which tells talent cannot be kept hidden it will come out and shine as thousand sun.