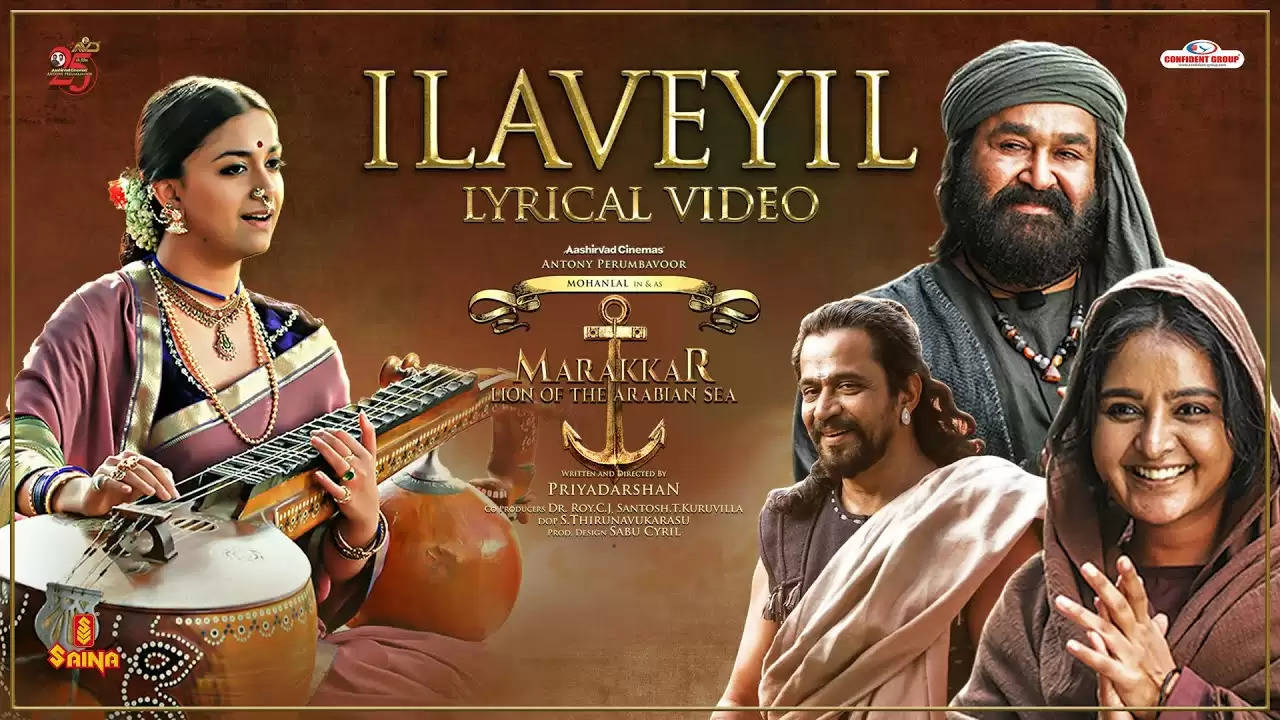 Ilaveyil song released on all music streaming platforms moving to a tremendous hit with in few days after the release. The song was released last week’s got soaring coverage on all media platforms. The song Ilaveyil is from the movie Arabi kadalinde Simham Directed by renowned Director Priyadarshan and produced by Antony Perumbavoor.

The movie had a multi talented artists, complete  actor mohanlal in lead role. The song Ilaveyil is composed by Roney Raphel and he was pitched raga Reethi gowla for this melodious song.

We can see the honest attempt of composer placing the Arohana notes of Reethi gowla  before beginning of song. Renowned poet Prabha varma has penned the lyrics. The song was sung by ace Malayalam play back singer MG sreekumar and National award winner singer Shreya goshal along. There are too much of reasons to love this song because of the raga Reethi gowla used in sound platform. It is a fresh youthful take on love describing Lord Krishna-  Radha romance in lines.

The song is pompous with it's soft melodious templates and beats covered by composer Ronni Raphel. The singer’s has been enhanced the song with the sound clarity and pitching of musical phrases earmarked by the composer. Sure can say auteur Priyadarshan had revamped breezy devotional romance once again. The movie has the lined up of artists like Manju warrior, Keerthy suresh, Kalyani prius darshan, Pranav mohan lal, Prabhu and more. The movie also won the national award for best feature film category before the release.